Dizziness: Can it Be Connected to Diet? - Functional Health Unlimited 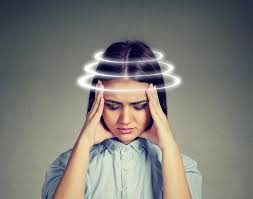 A balance disorder can present in a variety of ways.  Often it is described as feeling unsteady, or like you are on the brink of falling.  It can make you feel dizzy, like you are spinning, even though you are not moving at all.  It may be hard to move your legs. You may have trouble walking in a smooth coordinated pattern, which is known as a gait disorder.  Whatever the presentation is, balance disorders can be extremely debilitating, not to mention dangerous, if you are at increased risk of falling.

Doctors have different therapies they can use depending on the cause of the disorder.  But what about diet?  Can what you are putting in your mouth every day affect dizziness, balance, and gait?

How Diet Affects Your Brain

Diet can definitely play a role in affecting the brain, which then affects your movement patterns. This occurs through the effects of different foods on part of the brain called the cerebellum.  The cerebellum is responsible for coordinating balance and posture.  Damage to the cerebellum can cause ataxia, which is seen as uncoordinated movements. How this is connected to diet lies in your sensitivity to certain foods.

Your Brain on Gluten

Gluten, a protein found in wheat, barley, rye and oats, has been found to damage the cerebellum in sensitive individuals.  This is an autoimmune condition that makes your body produce antibodies in response to gluten consumption.  These antibodies can then mistakenly attack the cerebellum leading to balance and gait disorders, known as gluten ataxia.

Gluten ataxia can cause physical changes to the brain.  Magnetic resonance imaging (MRI) studies of patients with gluten ataxia show shrinkage of the cerebellum, or bright white spots that indicate damage.

How to Diagnose Gluten Sensitivity

Diagnosis of gluten sensitivity and autoimmunity is done via a blood test.  Two different antibodies that create autoimmunity to neural tissue must be identified in patients with balance disorders.  High levels of antibodies against an enzyme known as tissue Tranglutaminase-6 (tTG-6) may present with gluten ataxia.  These antibodies may actually appear in serum years before the clinical onset of symptoms.  Glutamate decarboxylase 65 (GAD-65) antibodies have also been found to be high in patients with gluten ataxia.  GAD-65 antibodies indicate that the body may be attacking the cerebellum.

Patients who have these antibodies present must adhere to a strict gluten free diet.  This involves avoiding the obvious sources, such as breads, pastas, and crackers containing wheat.  But those who need to be strictly gluten free must also be very particular about reading labels, as sauces, dressings, and many packaged foods contain wheat, barley, or rye.  Soy sauce, breaded foods, and desserts are other common sources of gluten.

But what about other foods? Does it stop at gluten? Unfortunately, there are other foods that look similar in structure to gluten that your body may “think” are gluten. This is due to something called molecular mimicry.  For example, if gluten’s molecular makeup is ABCDE, the molecular makeup of dairy products is ABCDF.  The similarity of these two foods, only differing by one letter, makes your body think you are eating gluten when you are not.  These foods are known as gluten cross reactive foods.

If a patient reacts to gluten, goes gluten free, but doesn’t notice an improvement in their symptoms, this may be due to consumption of foods that are similar in structure to gluten. These foods create the same symptoms as when gluten is consumed.  So even though they have gone gluten free, their body is still reacting as if they are eating it.  Foods that have molecular mimicry to gluten include dairy, yeast, oats, millet, rice, and corn, and can be identified with a test called Cyrex Array 4.

Studies have shown that patients with balance disorders related to gluten ataxia can have dramatic improvements just by changing their diet.  Addressing the autoimmune component of gluten ataxia by working with a functional medicine provider can also provide great benefits.  Consult with us today if you continue to struggle with a balance disorder.   We may be able to find underlying causes!